Covid-19 Statement: We are now open to new members and keeping in line with Government Guidelines 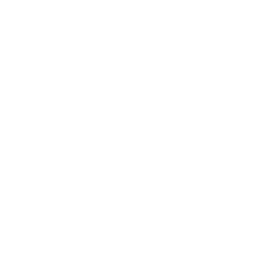 From complete beginners to advanced fighters, we work hard to create a fun, friendly and supportive training environment for all to progress and see the benefits of training in Muay Thai.

WHAT IS MUAY THAI AND THE BENEFITS OF LEARNING THIS SPORT?

Mauy Thai literally translate to Thai boxing and is know to be the "art of eight limbs" as the discipline makes use of fists, elbows, knees, and shins. Learning Mauy Thai brings many benefits, developing self-discipline, confidence, flexibility, coordination and fitness. We start very much with these foundations and build into traditional Muay Thai techniques.

Our focus as trainers is always to ensure our classes are fun, engaging, friendly and supportive.

"Walking through the doors is the hardest part, but once you're in, you'll be one of the Zodiac family!"

We work with all age groups

Here at Zodiac Muay Thai, we take on students as young as 3 years of age, right through to adults. 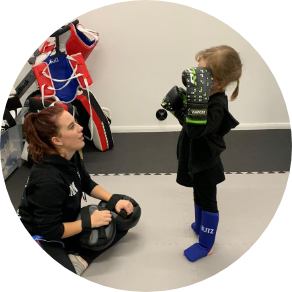 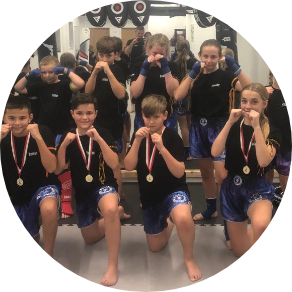 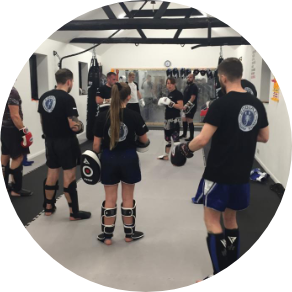 Our facility is approx 2000sg ft with padded floorspace, kick bags, pull-up bars, ropes, gloves and pads – everything we need to get the best out of our students and ensure we have a safe and fun facility to work in. 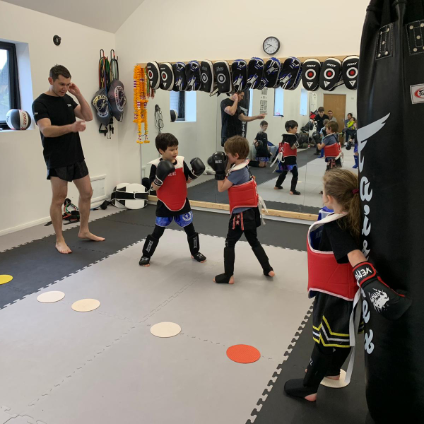 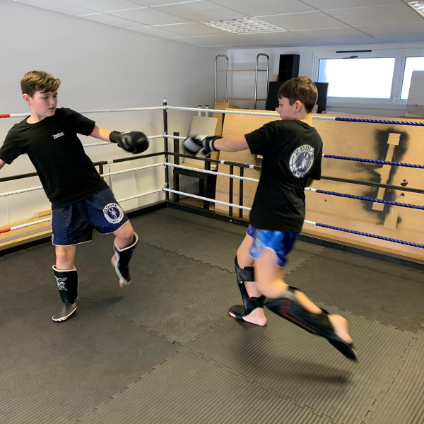 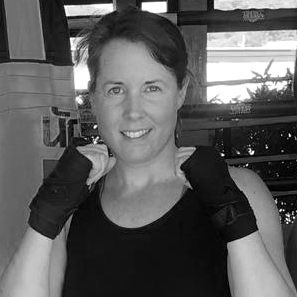 Kayleigh is the founder of the Zodiac Muay Thai brand and head kids and adults instructor. 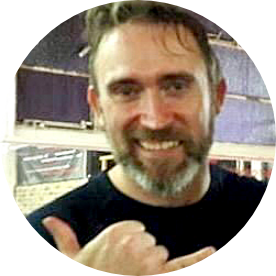 In his pursuit of knowledge Andy has sought out and studied with some of the best in the sport such as, Saenchai, Liam Harrison, John Wayne Parr, Donald Cerrone and Joe Schilling.

He has also put what he’s learnt into practice, stepping into the fray 13 times and competed in Muay Thai, K1 and Boxing. Since retiring from active competition Andy is now focused on passing on his knowledge to those interested in studying the art of eight limbs. 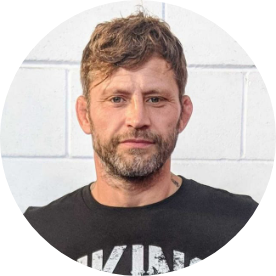 Jez Lord has over 30 years experience and has fought, trained and coached many top UK fighters.

He also works with Professional MMA fighters to help develop their stand up striking skills.

He is also a Black Belt in Brazilian Jiu Jitsu under Braulio and Victor Estima.

I have trained in Muay Thai with Kayleigh for over 10 years and continue to enjoy training. Her knowledge of martial arts is vast and her passion for them are clearly visible. Kayleigh delivers very professional training that targets the areas of support required, whether this be in Muay Thai, or strength and conditioning. Her outgoing personality makes it a pleasure to train with her, you are quickly put at ease and find yourself easily motibated by her positive attitude. I whole heartedly recommend Kayleigh!

Kayleigh has taught my three boys for over 5 years. She is professional, knowledgeable and teaches the children in a disciplined but fun manner. Our boys have learned new skills, self respect and most of all confidence. We would highly recommend her and the Zodiac Team!

*All classes need to be registered for in advance